This past week has been full of excitement as the creator of “Better Sex & Deeper Intimacy” workshop, Naima Singletary, arrived at my house in preparation for this workshop.  When I picked her up from the airport, I knew she was a kindred spirit, constantly being guided by the God within her as she’s presenting throughout the States.

Originally from San Francisco (yay!), I knew that our beliefs about sexuality and spirituality were along the same lines.  But there’s something about Naima – her conscious breathwork and her raw attitude forces you to take a look at all of her, fully engulfing your senses and engaging in your own inner dialogue about what she’s bringing to the moment that you’re sharing.

“It’s great!  But it could always be better!”

It was a beautiful thing to see all these people engaging about their sex life.  It was clear that some of them needed to talk more about sex lives, so as you can guess, I was grateful when I saw some folks come back the following day for the workshop!

Yesterday evening, it was time for the workshop.  Many had found the workshop via Creative Loafing, via Meetup (yay Sex Scholars!) or by the flyers that were put up in the shop.  The social buzz was out and I was contacted by Atlanta’s Rock Station 100.5 to come in and check out the workshop to scope out what we’re all about.  We ended up getting a radio spot this morning and Naima quickly conducted a shorter version of her ‘medicinal hug’ with the radio hosts of The Regular Guy Show.  You can check out the pictures HERE on Facebook.

At the workshop, I lovingly introduced Naima and she started with asking everyone about their name and why they are there.  Most people were curious (as well they should be).  After the introductions, she facilitated an exercise around ‘medicinal hugs’ where people were asked to hug a stranger and try to connect to that stranger while getting to know that stranger intuitively through the hug.  After an in-depth discussion about the hugs and those feelings about the hugs, she facilitated an exercise where people got in front of the room and sat in the hot seat.  Anyone from the crowd was able to ask anything they wanted to to the person in the hot seat and when the asker was satisfied with the person in the hot seat’s answer, they had to respond with “thank you.”  Often times, many folks had multiple questions ranging from same-sex interactions to relationship strategies to just being uncomfortable about answering honestly with their sexuality.

There’s no question, Naima made people feel uncomfortable.  She questioned people’s intention.  She raised awareness around race, age and sexuality.  She pushed people and if it’s something that you’re not used to, there was a button that was bound to be pushed.  She’s brutally honest and completely embodied.  When she had reactions to people’s answers or to reactions to what people said, she unapologetically communicated all of her feelings, which were based in her own reality.

Overall, it was an eye-opening experience about the rawness of vulnerability, the need that we have to be intimate, the learning that comes from being uncomfortable and thinking critically about how we navigate life.

If you want to check her out, you can go to her website or listen to her radio show. 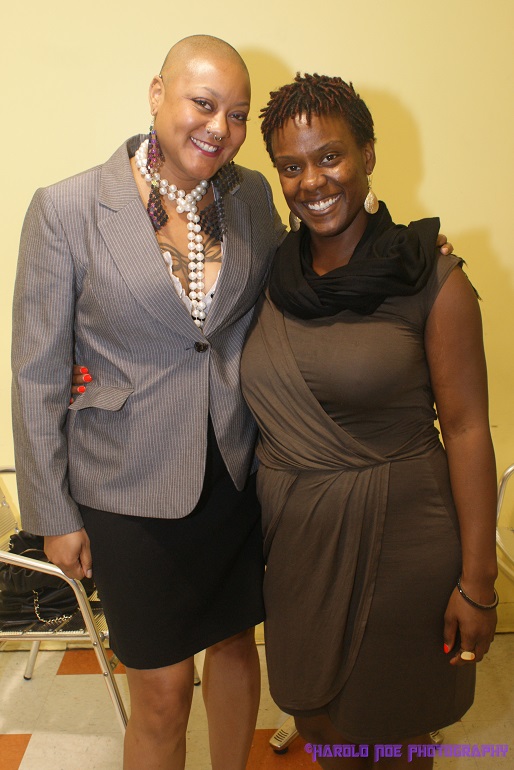