Where is the love?! by Val

I cried at work last week. I work for a news company, so it’s not uncommon for me to shed a few tears every now and then when I come across a really touching story. But this time it was a different type of cry. I’ll get back to this in a bit, though…

After my tear-fest, a friend and I attended an event called: “Love Don’t Live Here Anymore: The REAL effects of social change and mental health on our relationships”. The event’s title made me laugh. I thought it was incredibly negative – love does live here. I’m not sure where it is, but it’s around, right?!

However, as the discussion unfolded, I found that the subject at hand wasn’t a laughing matter. The hosts presented sobering statistics about the state of relationships today. Here’s what really stood out to me:

– People are getting married at an older age. For instance, in 1950, black and white women were equally likely to be married by the time they were 20. Fast forward to 2010 – the average age a black woman gets married is 30; the average age for a white woman is 26.

The numbers don’t lie! The prospect of marriage seems pretty bleak if you are like me: black, over the age of 25, not in a relationship. However, I’m a firm believer that there are things we can do to change the direction of where relationships are headed. Here are some things that I’ve started to focus more on:

COMMUNICATE!!! – I can’t stress how important communication is in any type of relationship. We need to TALK to each other. And texting, Facebook chat, and direct messaging each other on Twitter does NOT count. I am speaking about face to face, honest and open interaction with one another. And if it can’t be done face to face, we need to make the effort to call and talk. Speaker and author Enitan Bareola says it best: “We’re connected to devices that connect us closer to people, but we’re more disconnected than ever…Avoid texting, skyping & emailing and just show up and be present. It’s rare. Actions speak louder than SMS.”

BE OPEN – Keep an open mind about people and experiences. Consistently try new things and make an effort to meet people. I’m a really social person, so I decided to give speed dating a try. I saw a really cute guy at the grocery store, so I decided to strike up a conversation with him. I wouldn’t have normally done that, but, hey, something new, right? You never know how far a simple ‘hello’ could go. Also, be open to who you are willing to date. Many of us have an ideal type of person we want to be with. Don’t let your idea of a “perfect person” prohibit you from getting to know someone who might not come in the package you wanted or expected.

STAY POSITIVE – The facts and figures listed above can be very depressing, but I believe we have the ability to change course. We can’t keep feeding into the hype that the state of relationships is bad. Instead, let’s focus on positive and productive actions we can do to cultivate good relationships. Those actions include communication, being open & having a positive mindset. I’m reading the book “The Secret.” The book refers to the Law of Attraction, which is “we attract whatever we think about, good or bad.” I encourage you to think positive and still hope and believe you will find a mate.

Earlier, I mentioned crying at work. Here’s why: during my shift, my friends called me to let me know they were engaged! These amazing friends of mine, millennials, black, and totally in love decided to take their relationship to the next level. I cried because I was incredibly happy for them. I cried because I was excited about the journey they were about to take with each other. And a little bit of me cried too because they gave me hope. In my heart of hearts, I believe love still lives here. And I hope I will find it. 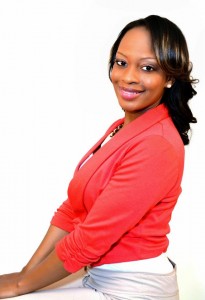 Valerie Payne is the owner of Live & Love, LLC. The name “Live & Love” was inspired by Valerie’s late mother who told her to “live and love.”
In March 2014, Valerie decided to launch a business that would allow her to focus on topics she was passionate about at events she hosted. She embraced her purpose to help, inform and inspire others to “live & love” as well. Live & Love events focus on health, fitness, relationships and self-improvement.
TAGS: african-american, Communication, live and love, love, Marriage, open mind, positive attitude, relationships
2 COMMENTS