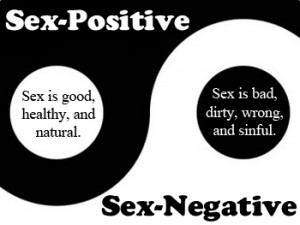 Reflecting on the conference that I was at last weekend, the Whose Beloved Community? Conference, that focused on Black ​and LGBTQIA civil rights, I realized that too many of us have ​different ideas on what it means to have a sex-positive sexuality. For those folks who haven’t done their homework, the sex-positive movement is based on having effective sex education, ​invoking safer sex practices, initiating consent, and having ​confidence in your sexual choices that are healthy decisions for ​you and the other people who are also involved.

As I led the “Sexualities” Roundtable at lunch during the ​conference, we all realized that some folks think that having a sex-​positive mindset means that you have the freedom to have all kinds of sex. While this may be true, we were in consensus that it matters WHY we engage in the particular type of sex that we want to engage in. In our lives, we’ve noticed that with ourselves and with our friends that people that engage in sex and they don’t know why they’re engaging in sex at that time. Sex with no meaning, we’ve realized, that it’s dangerous to our well-being. There are so many reasons why people have sex and if you were to engage in sex and say to yourself, “The reason I’m engaging in sex is because…” then it’s a valid reason – whether it’s healthy or not, it helps to cater to our mental attitude towards our behavioral decision. 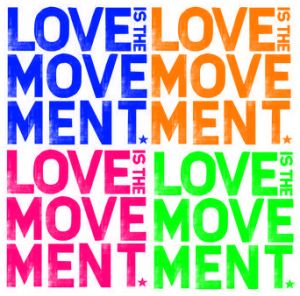 We also realized that having a healthy sex life means that you have the capability of saying “no” when you want to and without coercion. It’s a way of being ​confident in your sexual decisions and then also realizing that it’s also about ​when you mess up and realizing the consequences that may come about because ​of your mistakes. It’s knowing that you aren’t perfect 100% of the time.

Having a sex-positive sexuality also relates to the FREE LOVE MOVEMENT. However, people think that the Free Love movement has to do with promiscuity, when that’s not the case. Although, logically, it sounds like that’s what it would be, in fact, it’s more about the regulation of sexuality that is put into our policies ​and laws. All those laws that have to do with regulations regarding marriage, ​abortion, prostitution and other things that are prevalent to the regulation of ​women’s bodies, are associated with the ideology of the Free Love Movement.

​Last, but not least, the SEX-POSITIVE FEMINIST MOVEMENT has helped women (and men) propel their sexualities to the forefront and think about their own desires and how it affects their womanhood (and manhood) and their mental and sexual health. Embracing your own sexuality and the reasons why you do what you do make sex and sexuality that much better. But you don’t have to trust me. Try it for yourself!